The history of Armenia has many bloodstains; it has always been in the spotlight of the neighbouring countries. However, the bloody massacres and genocide of Armenians erased all tragedies of the nation and left an indelible mark on the history and fate of Armenians.

Every Armenian knows the history of the genocide. Such a tragedy could not but have a memorial to which people could come and bow their heads in honor of the deceased. Tsitsernakaberd memorial complex is devoted to the victims of Gemocide in 1915. 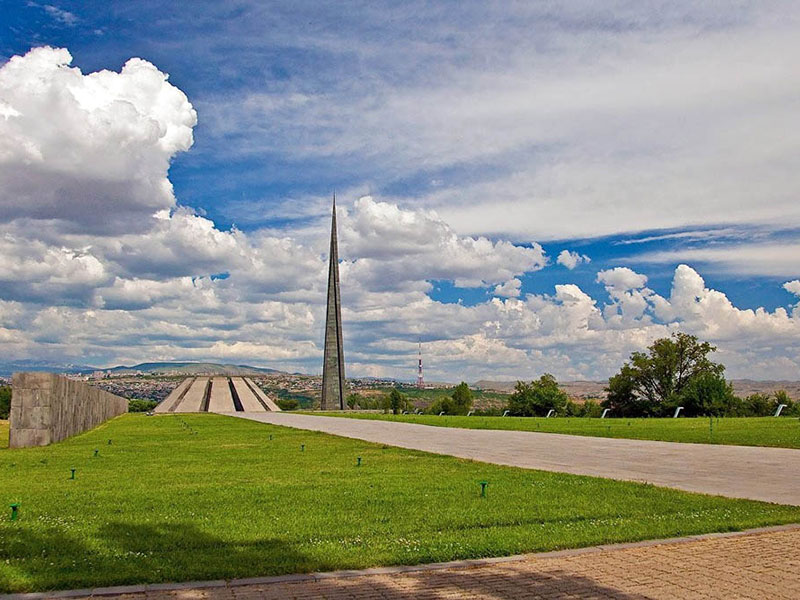 The memorial complex is located on the hill of Tsitsernakaberd, which is translated as a swallow fortress. Tsitsernakaberd is one of the hills that rises above the city; one of the best views to Mount Ararat could be seen from the hill. It is not surprising that this place was chosen for the memorial, because Mount Ararat reminds us of the bloody history of Armenians and the loss of the shrine.

The idea of the memorial arose in 1965, 50 years after those bloody days, the main construction continued two years, and it got its final look in 1990. A unique monument consists of a “temple of eternity” – 12 pylons standing in a circle. The pylons symbolize the 12 provinces that were lost. In the center, eternal fire burns, as a symbol of pain and wounds that will never be healed.

The obelisk “Rising Armenia” stands 40 meters high. It is divided into a large and a small parts. According to the idea of the authors, the obelisk symbolizes the stem of the plant, which, despite the barrier, broke through the ground and grew.

The third element of the complex is a memorial wall from basalt, on which are carved the names of cities where the Turks killed more than 1.5 million Armenians. On the other side of the wall, urns with earth brought from the graves of foreign political and public figures who protested against the Armenian Genocide are buried.

The road to the memorial is decorated with firs that are planted by politicians from different countries. Going up and getting closer to the memorial, you begin to feel the spirit the pain of the whole nation. Every year on the 24th of April, the whole country and guests from all over the world come here to bow their head and pay tribute to innocent victims. 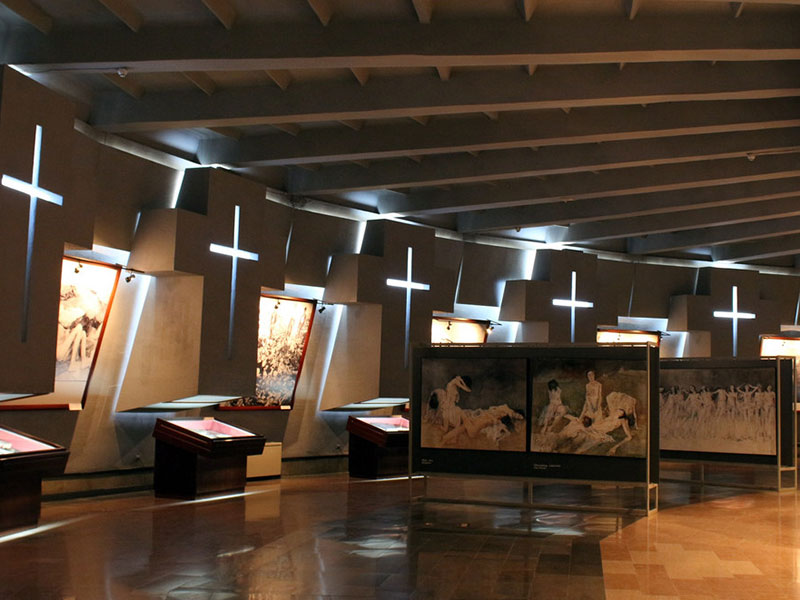 On the territory of the Tsitsernakaberd memorial complex there is the Genocide Museum, which was opened in 1995. The underground museum has 3 rooms, in which documents, photographs and everything that proves the fact of genocide made by the Turkish government over peaceful Armenian inhabitants are presented.

The Tsitsernakaberd Memorial Complex can not be called an attraction, but if you have visited Armenia and now you are in Yerevan, you must learn this part of the history and visit the memorial, as a sign of respect.