The city – fortress of Shoushi has always been a part of historical Armenia. The city was a cultural and religious center of one of the Armenian provinces of Artsakh and was of great importance for the whole country. The rich history of Shoushi is sometimes forgotten in the light of events over the past 20 years, but it has always been and remains a part of Armenia and its history. It’s time to talk about its great story.

The fortress is located at an altitude of 1368 meters above sea level, in the foothills of the Karabakh range, 11 km from Stepanakert, the capital of Artsakh. The city stands on a steep hill, from this height the whole territory is in the palm of your hand. This is an ideal location from a defensive point of view, so the city is considered impregnable. To the city leads one road, on three sides it is surrounded by impregnable rocks. In the south-west of the city the river Karkai, on the other hand – Stepanakert, and the whole area is covered with fertile gardens and fields.

Despite his impregnability, Shoushi has always been a desired morsel for enemies and repeatedly attacked. During the attacks, cultural monuments and houses were destroyed. 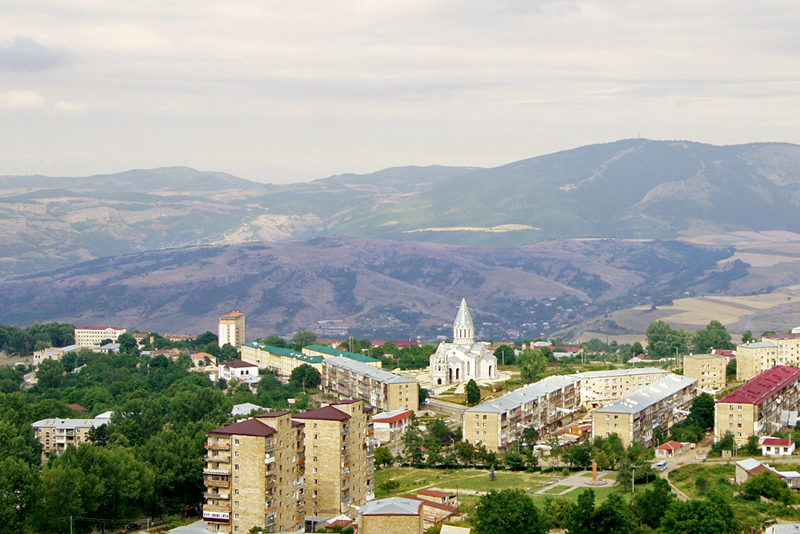 Stalin, under his rule, committed a monstrous mistake by illegally handing Artsakh to Azerbaijan turning it intoan autonomous republic of Nagorno-Karabakh.. Since that moment, the eviction of Armenians from Artsakh began and, in particular, from Shoushi, which reached its culmination in 1988, when the residents of Artsakh began rallies. The purpose of the rallies was the reunity of Artsakh and Armenia. With the beginning of peaceful rallies, mass killings began in Baku and Sumgait, and finally, a war began.

Shoushi became the point from which Stepanakert was regularly bombed. Shoushi was of strategic importance, and that is why all the forces were spent on its liberation. On May 9, 1992, thanks to the courage and strategic mind of the Armenian military, Shoushi was released. This day Artsakh and Armenia celebrate as a day of victory.

After the war all Artsakh was in a poor state, but thanks to faith and great force the country was reborn. Today Shoushi is a beautiful and well-kept city that attracts tourists. There are several attractions that are definitely worth a visit. In addition to sightseeing and walking through the mountains in Shishi, you can also visit the Geology Museum, where the exhibits are presented in bright colors.

The first place to visit in Shoushi is the church of Kazanchetsots (XIXc). The church is in the heart of the city, surrounded by green hills. This beautiful building is a testament to Armenia’s unique architecture of the 19th century.

The church of Kanach Jam is another attraction in Shoushi, which belongs to the 19th century. Kanach Jam or Surb Hovhannes Mkrtich has a green dome. The church is built on a hill with a beautiful view of the city.

The fortress of Shoushi has walls of 2,5 km long that rise above the abyss. The height of the walls is 8 meters with fortified towers. The fortress has a secret entrance, with a staircase that was dug in the rocks. He leads from the southern gate of the fortress to the gorge of the river Karin-tak.

Finally, to feel all the power and admire the beauty of Shusha and all of Artsakh, make sure to visit the gorge of Unot, which is located to the southeast of Shushi. From a height of 250 meters, breathtaking view will take you away from reality and carry you to solitary and peaceful world. 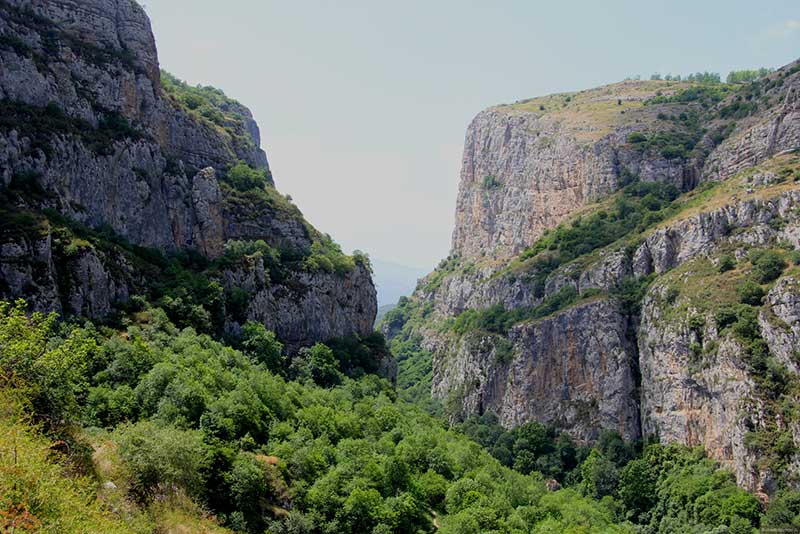