As one of the most ancient nations and countries, Armenia has its own state and national symbols, which have their own history. If you are planning to visit Armenia, find out which are the national symbols of the country and which symbol is best to chos as a souvenir. First we would like to tell you about the state symbols of Armenia. 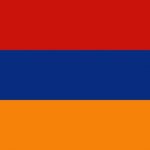 The flag of Armenia consists of three horizontal stripes of different colors – red, blue and orange (in the listed order). There are several values for the colors of the flag, but one of them is the most popular and common. Red is a symbol of the blood of Armenian soldiers, blue is the clear sky of Armenia, orange is the fertile land of Armenia. The state flag was adopted in 1990 by the Supreme Council of the Republic of Armenia. 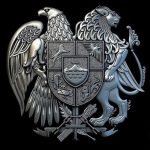 The country with the richest history, that began long before our era, has national symbols that are priceless for the whole nation. 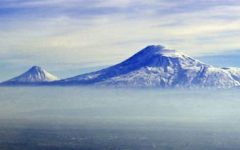 The most important national symbol of Armenia is mount Ararat. The Biblical mountain on which Noah’s Ark ascended after the Flood is located on historical Armenian land. Despite the fact that Ararat is at the moment outside the territory of Armenia, it is considered the main symbol of the country. Mount Ararat is depicted on the emblem of the country, it is a symbol of national brands, it is depicted on canvases, it is dreamed and maybe, some day, it will again become the part of Armenia. 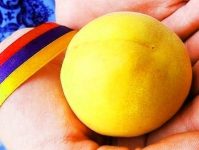 Thanks to the unique climate, Armenian fruits are sweet and tasty, but apricot is known all over the world as a symbol of Armenia. The season starts in June and lasts until the end of July, and if you are lucky enough to visit Armenia at this time, be sure to try the Armenian apricot. It is larger, juicy, golden fruit with a pinkish tinge. Apricot is a symbol of the annual film festival, which is held in Yerevan and is called “Golden Apricot”. 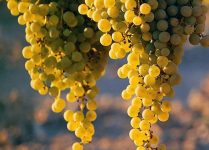 Grape is another symbol of the Armenian people, which became part of it even before our era. There are two explanations of this fact. When Noah’s Ark ascended Mount Ararat, Noah left the ark and planted a vine. The first wine was obtained from the harvest of the first grapevine. 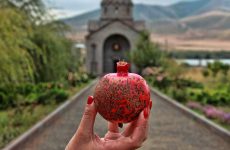 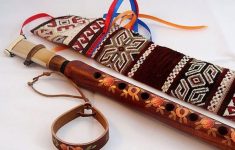 Duduk is a national treasure and the whole Armenian nation is proud of it. The musical instrument was invented before our era, when the territory of Armenia was the state of Urartu. To this day the duduk is made of apricot tree, which has a unique resonant property. Duduk is a living symbol of Armenia, the melody of a duduk tells the history of Armenians, about suffering and the power of the spirit. In 2005, UNESCO proclaimed the duduk and music of duduk a masterpiece of the cultural heritage of mankind. The music of duduk often becomes the soundtrack of Hollywood movies. 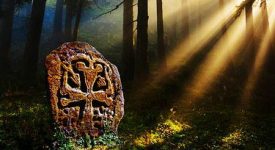 Khachkars are an integral part of Armenian history. Unique ancient cross stones are considered historical and architectural values, they are found only in Armenian culture. Khachkars began to be carved after the pagan country adopted Christianity. In the early days after the adoption of Christianity the traces of paganism started to be massively destroyed, and instead of temples and altars, wooden crosses were installed. Since the wooden cross lasted less longer they were carved on the stones (khach – cross, car – stone). Patterns on khachkars are so diverse that it is impossible to find two identical khachkars.

49 thoughts on “National Symbols of Armenia”