The mountainous country of Armenia has many secrets and most of them can be found in the caves. The high cliffs of Armenia are hiding many caves, which are of high value for the lovers of extreme, and if exploring uncharted places is part of your life, Armenia is a perfect place to visit.

In Armenia there are about 15 thousand caves (awnings, niches, rock formations) and many of them have not been thoroughly investigated. Of course, we will talk only about the most interesting caves that you can explore during your stay in Armenia, so get ready for an amazing journey. 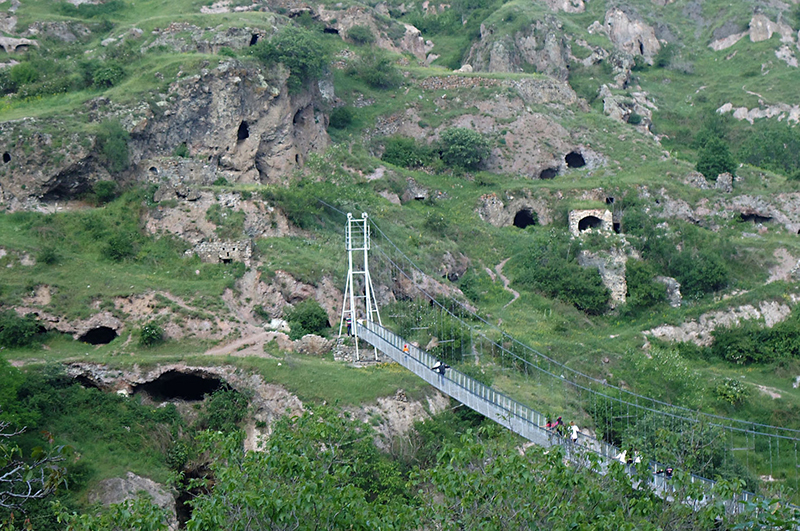 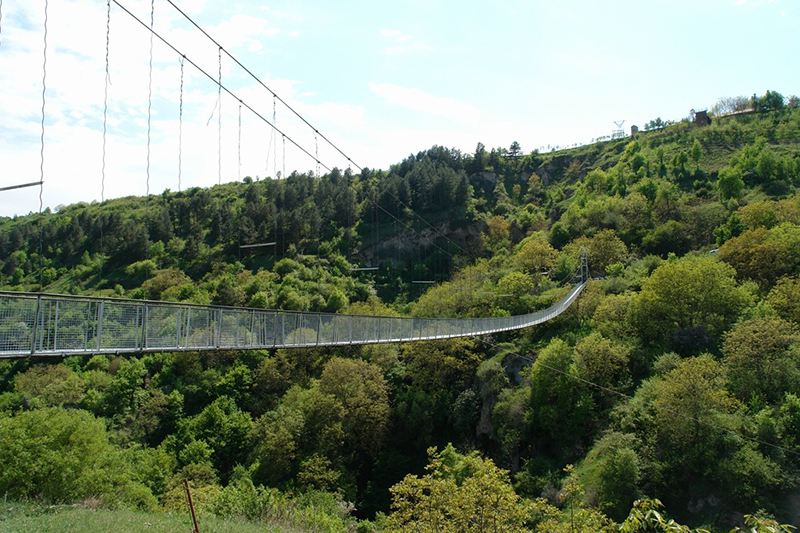 One of the most exciting places in Armenia, which impresses with the natural beauty is cave city Khndzoresk. Khndzoresk ancient settlement is located on the territory of Syunik region, in the village of Khndzoresk. Cave City is located on the slopes of the gorge depth of 3 km. The caves, which served as houses, were the most crowded place more than a thousand years ago. The caves are located at an altitude of 1580 m above sea level. Most of the caves are natural, but there are also some caves carved out of tufa stone. In 2012 cable bridge was built, which connected the old and new parts Khndzoresk thus making it easier for tourists to get to the caves. Of course you can combine the investigation of caves with climbing. You can get straight to the cave city only on foot, the car can be left in the parking space at the top of the hill. 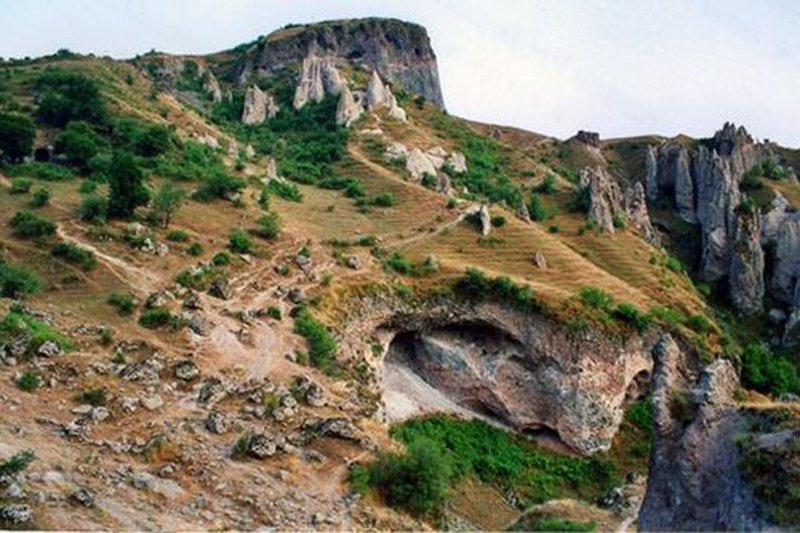 This is another complex of caves, which, however, was created by people as houses. Tegh caves are less investigated and are a real treasure for archaeologists. At first glance, the cave city is quite dark and mysterious. Some caves have carved staircases, entrances to the cave, as well as wineries. It is fascinating when you find out that Tegh caves are situated on loose volcanic rocks. Caves can intersect and connect with each other. Another interesting fact about the cave is that there are many stone pyramids of the same shape but different sizes on the territory.

The most popular place among locals and tourists is Lastiver natural complex of rocks and caves. The complex is located 3 km from Enokavan village, Tavush region. It was found that the caves were settling back in the Mesolithic period. In these caves you can clearly see the first steps of the architectural skills; ground and flat walls.

Another cave complex, which is characterized by its architecture (niches and domes) is Small Anapat complex on the picturesque slopes of the gorge of the river Khachaghpyur. The complex is of amazing natural beauty with waterfalls and caves. 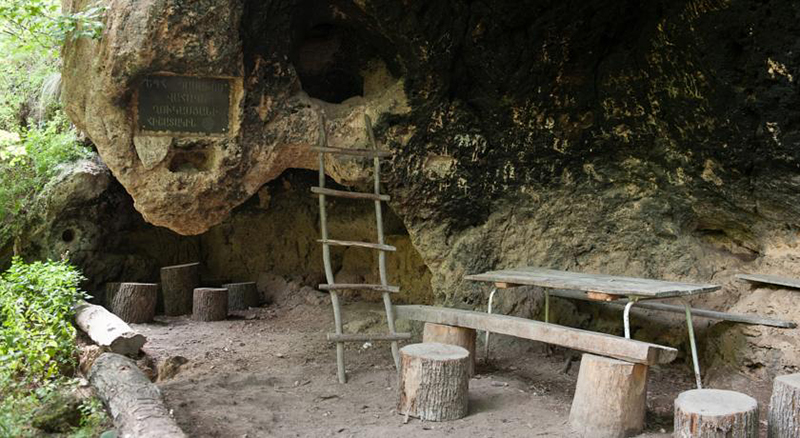 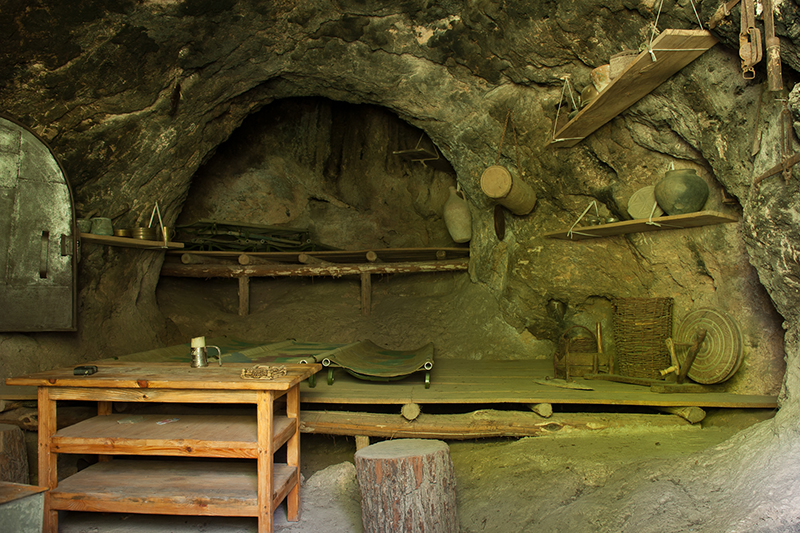 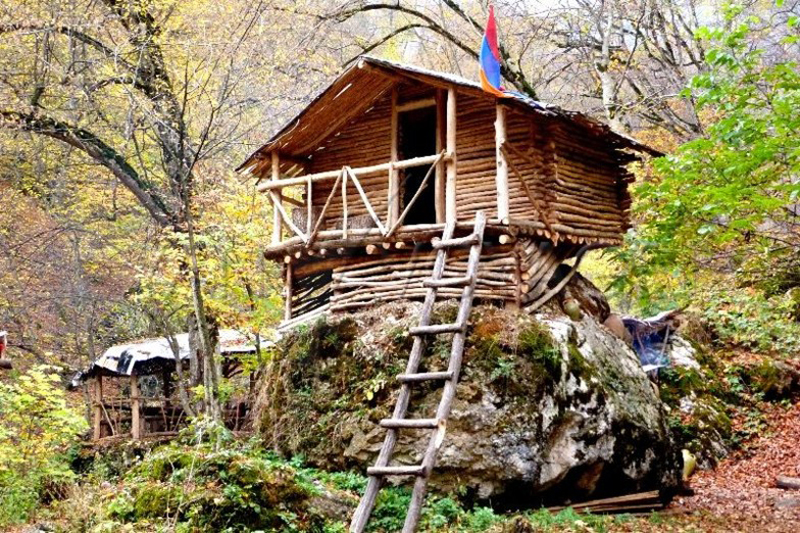 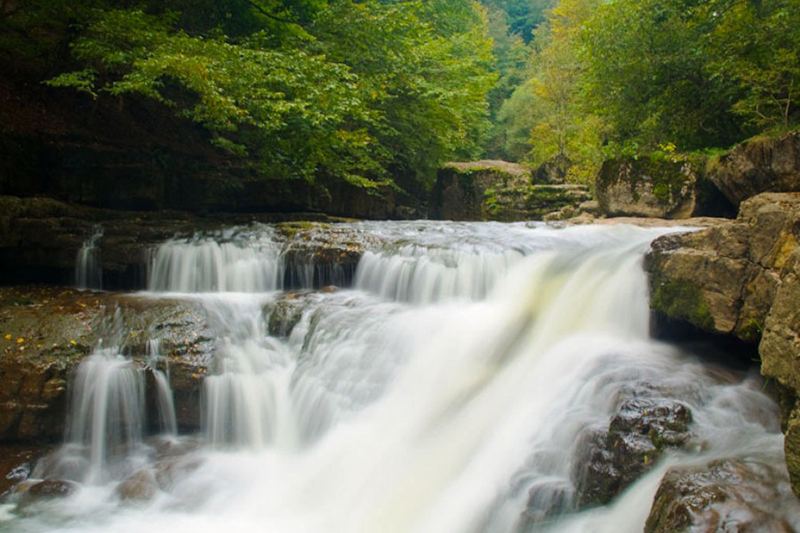 There is a trail that takes to the waterfall and cave but the lovers of extreme will definitely choose to go along a narrow trail Qarahet. On one side it has a huge stone wall, on the other side there is a deep chasm, and the trail is so narrow that only one person can pass through it. 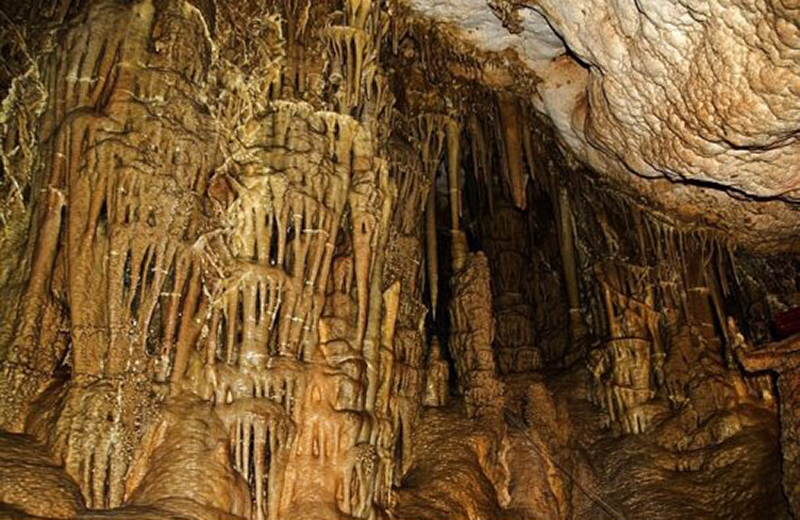 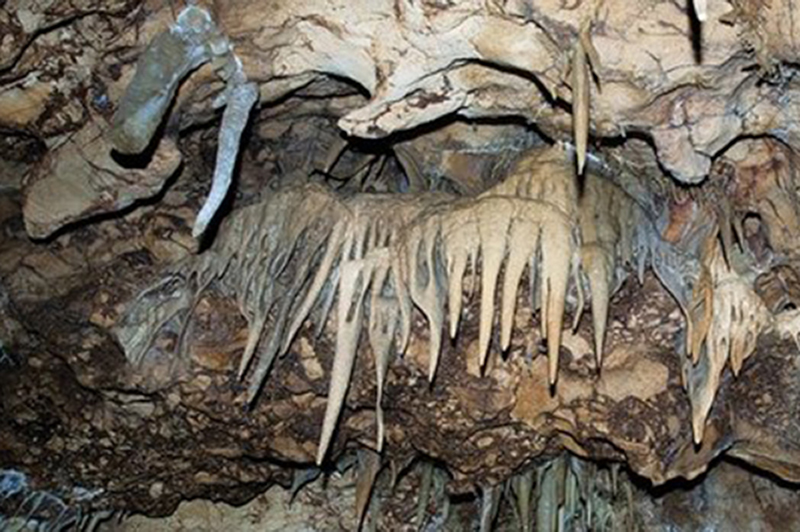 Magili is considered one of the largest caves in Armenia, which was investigated only to a depth of 1.7 km. Since the cave has not been investigated to the end, it is not recommended to go there without a professional guide.

The cave was inhabited in the Neolithic period. There were found stone tools, bear claws and etc. The structure of the cave is unique; the entrance is narrow and you need to creep to get into it but then the cave becomes large. The cave is famous for its bats. In summer, every night you can watch the whole performance; bats fly out of caves and form a black cloud.

Areni cave is considered the most valuable in terms of archeology, which may cause a reassessment of the development of civilization on earth. The cave is located in Areni village, Vayots Dzor region, on the banks of the Arpa river, at an altitude of 1080 meters above sea level.

The unique microclimate of the cave preserved the organic material of the Stone Age. Areni – 1 complex represents the whole settlement of several cultural layers including Chalcolithic (4200-3500 BC).

In the cave there were found ancient burials of Chalcolithic era. Archaeologists found the remains of a skull and brain with blood vessels. In addition, in a cave they found the oldest winery. This archaeological discovery suggests that winemaking started here. Chemical analysis of residues on the jars showed that the inhabitants were engaged in winemaking in 4000 BC.

This is just a small part of what can be found in a caves of Armenia. If you’re interested in exploring Armenia, contact one of the local tour agencies that will offer you the best extreme tour that includes a visit to the caves. 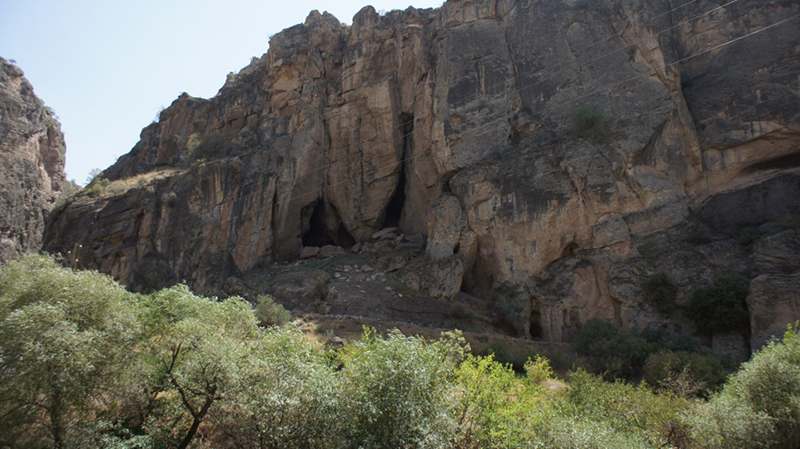 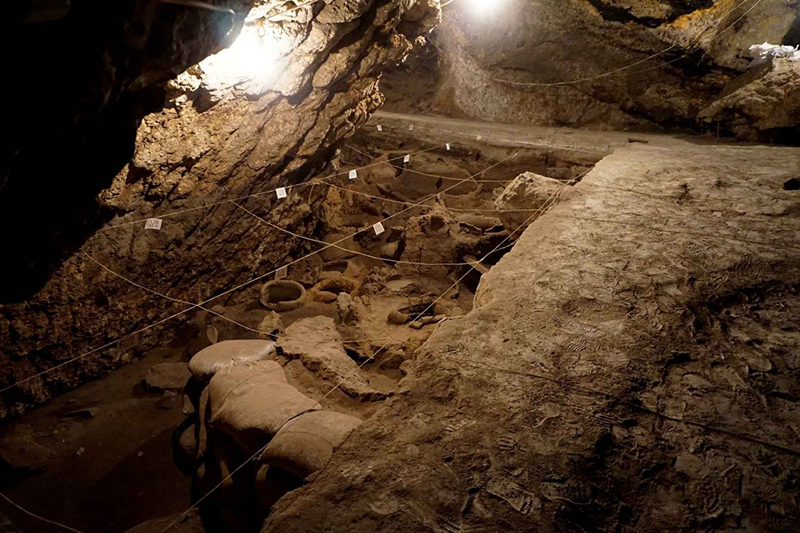 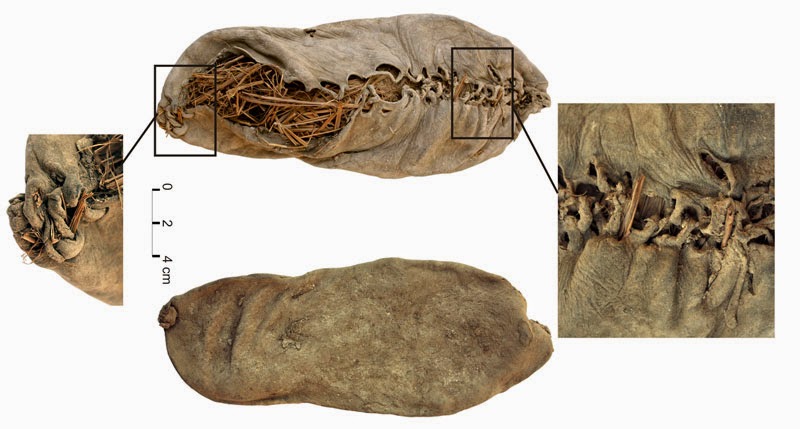 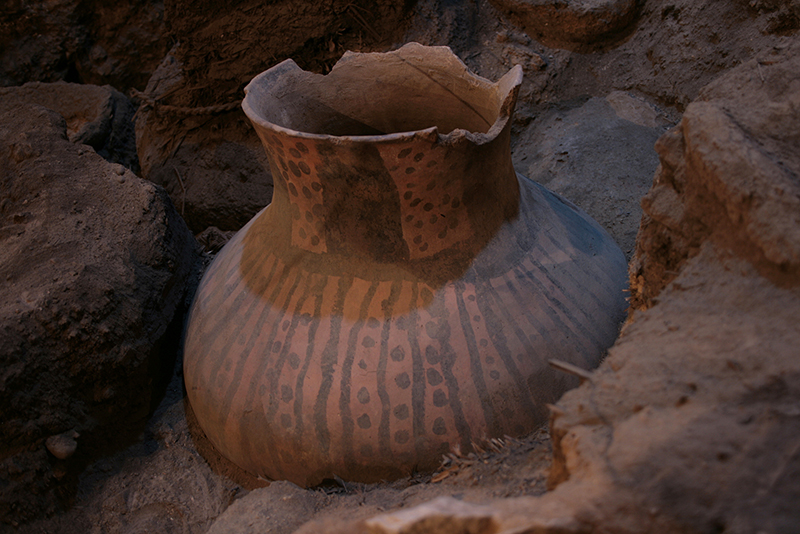 Be the first to comment “Mysterious Caves in Armenia” Cancel reply