Yerevan is the the capital of Armenia and city with the highest population. This city has a long history ,the first settlement appeared there in 8 century BC. All main places of interest in yerevan are located in the centre of the city,so it will be easy to find them. The most significant of them are Cascades an open air museum of modern art, Theatre of Opera and Ballet after Alexander Spendiaryan, The Northern Avenue, pedestrian avenue where are situated the best shops, cafes and restaurants of Yerevan.

Zvartnots International Airport is first thing that u will see after Flight. Airport is located in 30 minutes way from the center of Yerevan. You can reach tо the city by taxi or by bus, taxi will cost 3000 dram (6-8 euro), bus will cost 200 dram (0,4 euro). 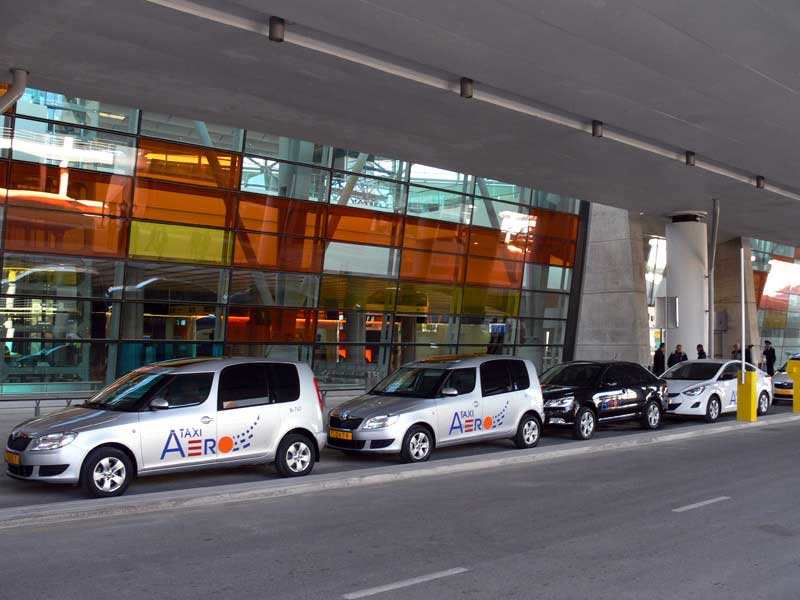 The most popular types of public transportation in Yerevan are buses and minibuses. Minibuses are Gazels, they were made in Russia and were used for many years and are not in a good condition nowadays. All buses are new and serviceable, they were made in China or Ukraine , in some of them wi-fi is available. Fare in minibuses and buses is same 100 dram(0,2 euro). You have to pay directly to the driver , Armenian buses have no conductors or cash register. There is a chain of buses all over the city, practically you can go from any point of city to any other place in Yerevan, if u know the number of bus or minibus that u need. The buses and minibuses stop only at designated bus stops. you can see a map of city at many of the bus stops, there are also time boards in some bus stops in the center. Buses and minibuses in Yerevan are working from early morning until 11-12 pm. 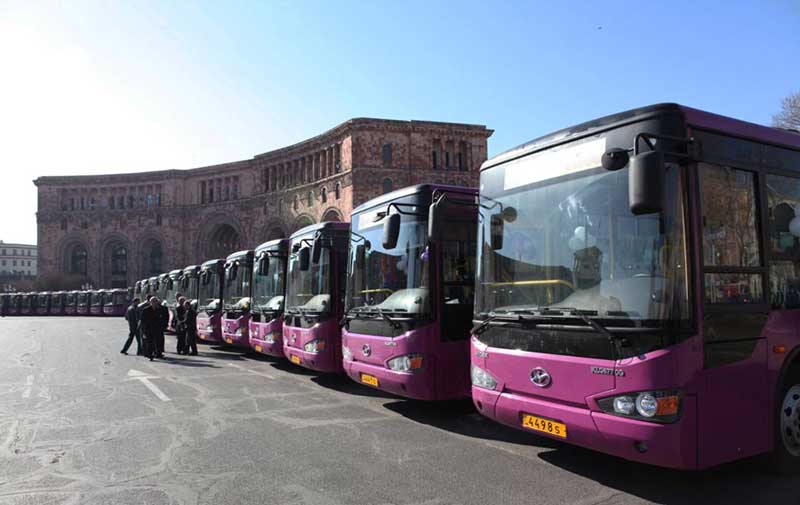 The alternative type of public transport in Yerevan is taxi. Taxi fare in Yerevan is cheap, it is per 1 km is 100 dram, but minimal fare is 600 dram. All of them have a taximeter. The only problem with Armenian taxi is that most of taxi drivers don’t speak English. The Uber app isn’t available in Yerevan , but you can use local analog – mobitaxi ,this mobile app will help you to call taxi in Yerevan. Taxi is the only type of transport in Yerevan , which is working for 24 hours. 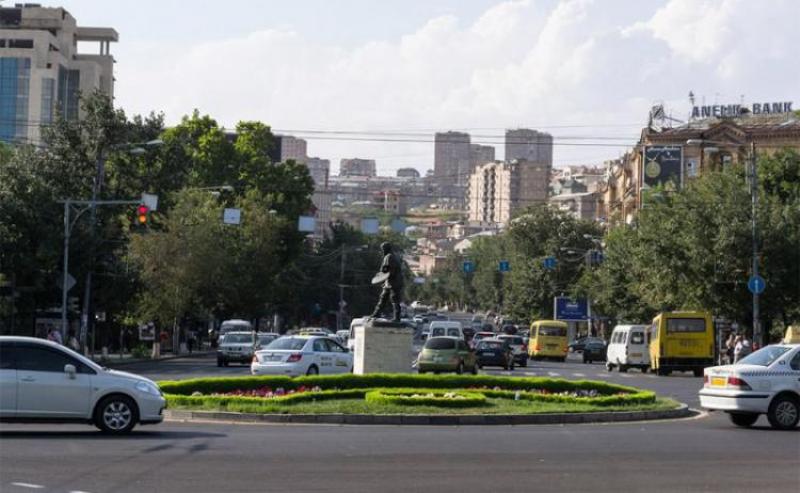 Subway also works in Yerevan. the building of subway started in 70’s , but the construction is not finished yet. Subway has only 1 line and 10 stations. Subway is the fastest type of transport in Yerevan , but not very popular , because of a little number of stations. Subway is working from 6 am till 11 pm , Free wi fi is available at all stations and some trains. 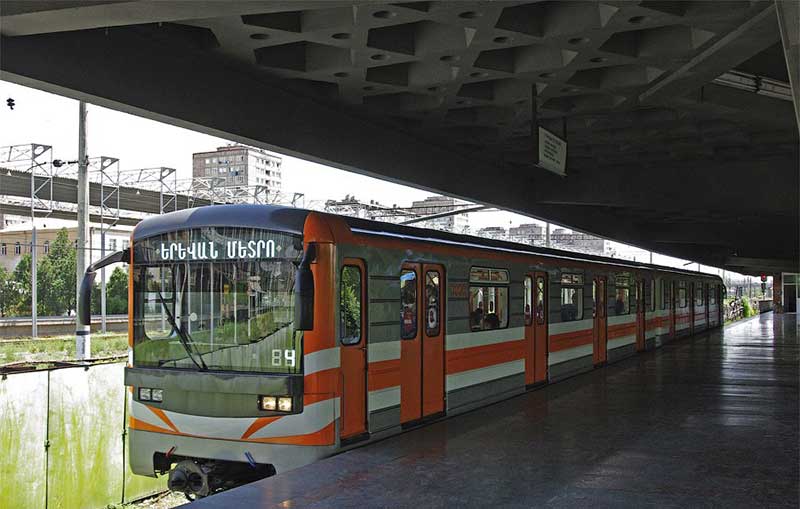 The cheapest type of transport in Yerevan is trolleybuses, their fare is only 50 dram. In yerevan there are only 5 trolleybus’ routes that work. Trolleybus is a type of transport for people that don’t hurry anywhere and have a plenty of time, because they are moving very slowly. 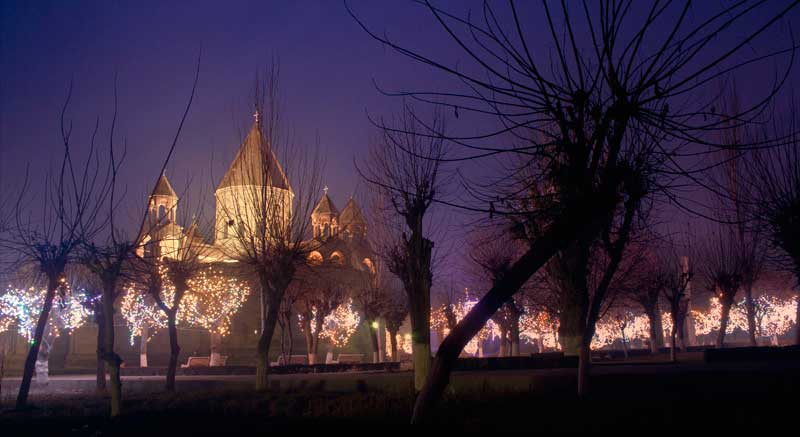 From Northern bus station you can travel to Sevan lake. Sevan is the biggest lake in Armenia, situated in 60 km from Yerevan. There are many beaches and resorts in Sevan. To reach there from Northern Bus Station you can take a minibus number 317, you will spent about an hour on the road. Fare for minibuses is 600 dram (1,1 euro). A trip by a taxi to Sevan will cost nearly 10000 dram(20 euro) Minibuses from Yerevan are working from early morning till 19:00, but last minibuses from Sevan are going at 17:00.

Also You can visit the temples of Garni and Geghard. Garni is a reconstructed classical Hellenistic temple, It was build in first century AD. Garni is situated in 30 km from Yerevan. You can go to the Garni by the minibus number 284, from Gai Statue in Nor Norq district, in outskirt of Yerevan. Buses number 23, 5, 2 will bring you to Gai Statue at Nor Norq. Minibuses will cost 300 dram(0,7) . Minubuses reach a Garni village , then you need to walk for 10 minutes to the temple complex, locals are used to tourists and are glad to show the road to the temple complex. Minibuses go only after been full over, about every 30 minutes from the Gai statue. The first minibus from Yerevan goes to Garni at 11:00, and the last minibus returns to Yerevan at 19:30. Trip by a taxi to Garni will cost 10000 dram ( 20 euro) , but taxi driver can ask for more money . 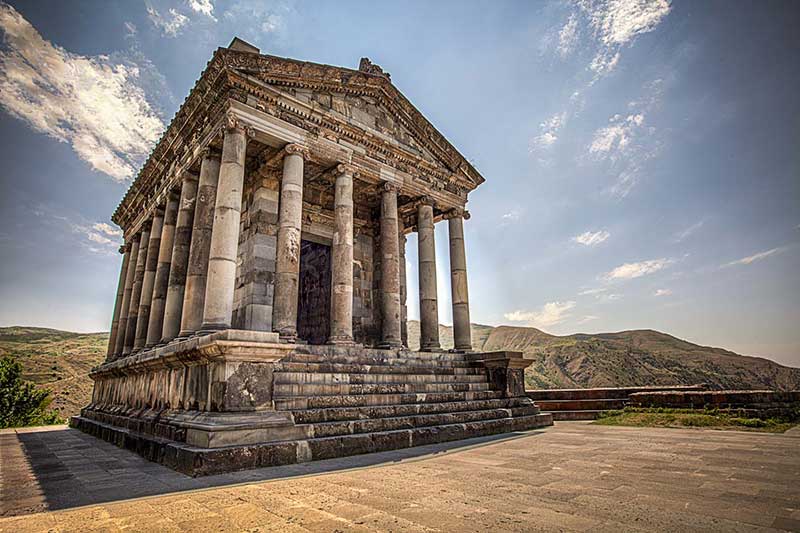 From Garni you can go to Geghard. Gheghard is graved in mountain and is an ancient monastery complex. The only way  to go to Geghard is a taxi trip. It will cost about 2000 dram(4 euro).

Another place in Armenia that you can visit is Tatev Monastery complex, which is located in 250 km from Yerevan. There is no transport from Yerevan to Tatev, but there is to Goris for sure, which is in 20 km from Tatev. Minibuses to Goris go from Kilikia bus station and cost 2500 dram (5 euro), but this is not the most comfortable way to get to Tatev, because you will spend about 5 hours on the road and same amount of time to return to Yerevan. The optimal way to get to Tatev is by a taxi. Trip to Tatev there and back will cost about 30000 dram (100 euro). Taxi will bring you to village Halidzor, where are Wings of Tatev located – the longest cableway in the world , The length of the cableway is more than 5 km but it’ll take only 10 minutes. The cableway will bring you straight to Tatev monastery. The cableway is working from 10:00 till 20:00, fare is 3000 dram (6 euro).

Be the first to comment “Public Transport in Armenia” Cancel reply